Studio 104 were selected near the start of the £160m project for our creative approach and specialist storytelling expertise that the developers were super keen to bring to this venture. Our brief was to showcase the location's notorious past and make relevant to a modern international audience in a distinctly playful London fashion.

Former home of the Metropolitan Police, Great Scotland Yard, has been on an ambitious journey since its purchase in 2015, reimagining itself as the modern destination we see today. The owners focus has been to strip back the grandness and elitism of the building's past while remembering its illustrious history.

Great Scotland Yard Hotel is the first hotel to launch in Europe from Hyatt’s prestigious Unbound Collection, a tailored compilation of new one-of-a-kind properties for the refined traveller.

Once a dwelling for visiting Kings of Scotland during the Tudor period, hence the name, today the building is most famous as the former headquarters of the Metropolitan Police force from 1829-1890. It was during this time the Plaistow Marshes and Jack the Ripper crimes were investigated at Great Scotland Yard, and the building was immortalised in the works of writers including Dickens and Conan Doyle. In 1910, the building served as the British Army Recruitment Office and Royal Military Police headquarters and it was here that Lord Kitchener famously told WWI recruits 'Your Country Needs You'.

Our concept we began with the Great Scotland Yard Hotel’s most famous occupants the 40 Elephants, a gang of glamorous women who stitched concealed pockets into their clothing to hold stolen goods. This ignited our key inspiration of 'Inside Out', a play on 'Turn Your Pockets Out', where our uniform designs would embellish the idea of actively displaying their interiors.

Much loved by the client we then progressed into our design phase that focussed on a contemporary, fashion-led look. Inspired by trendsetters Commes de Garcon and their Dover Street Market London store, we created contemporary coats and overcoats that cleverly displayed the interiors on their exterior. Stripes also had the designer treatment, well known as vintage prison attire, Studio 104 took a playful direction to stripes which flowed through a large part of the uniform collection.

Finally, a wonderful summation of Studio 104's approach to the brief and the client's ambition arrived in the uniform's metal hardware, where modern fashion and streetwear meets one-of-a-kind heritage and storytelling. Each of the staff were given punk-inspired safety pins came with dog tags attached, in a pop colour of copper, also seen in the button detailing through the range. This truly exemplified the client's key aim of achieving that one-off experience.

Great Scotland Yard Hotel - In the Unbound Collection by Hyatt 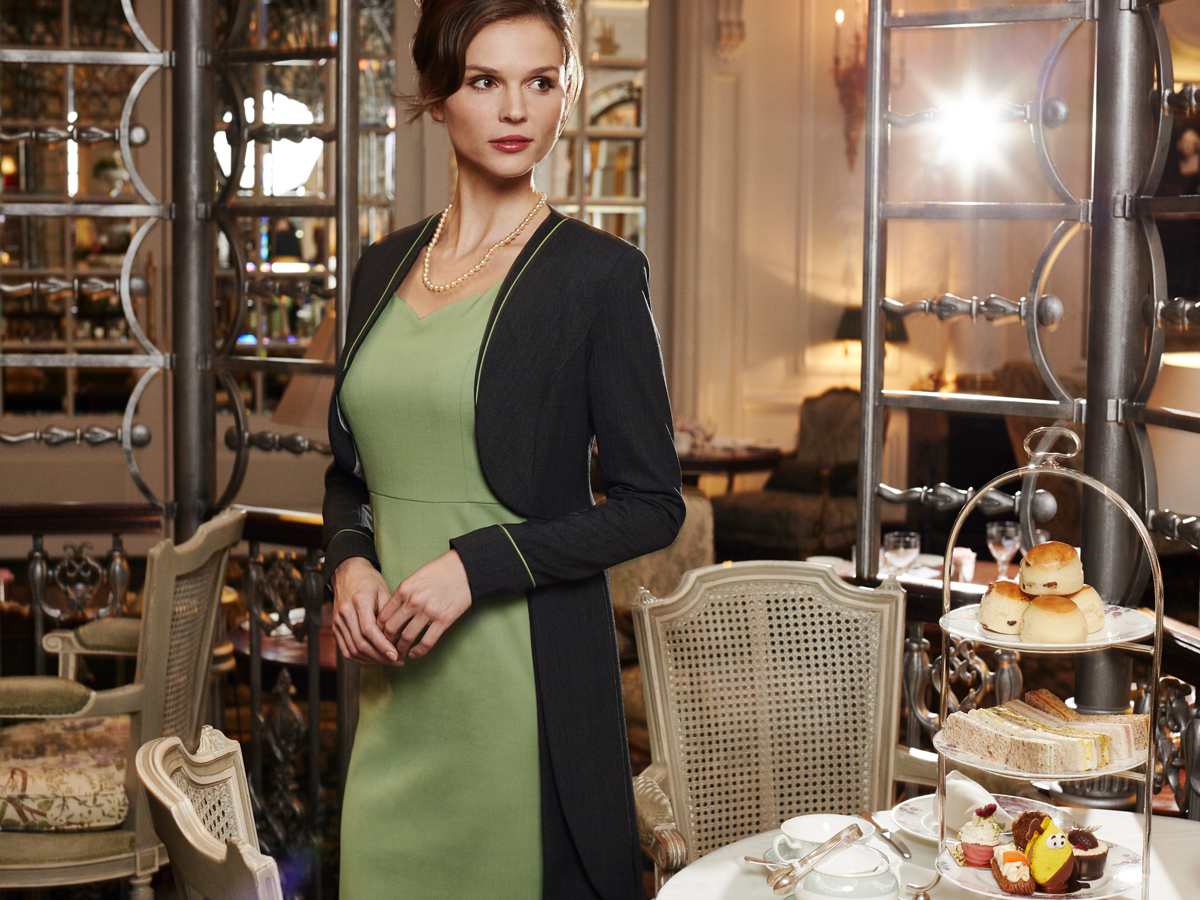 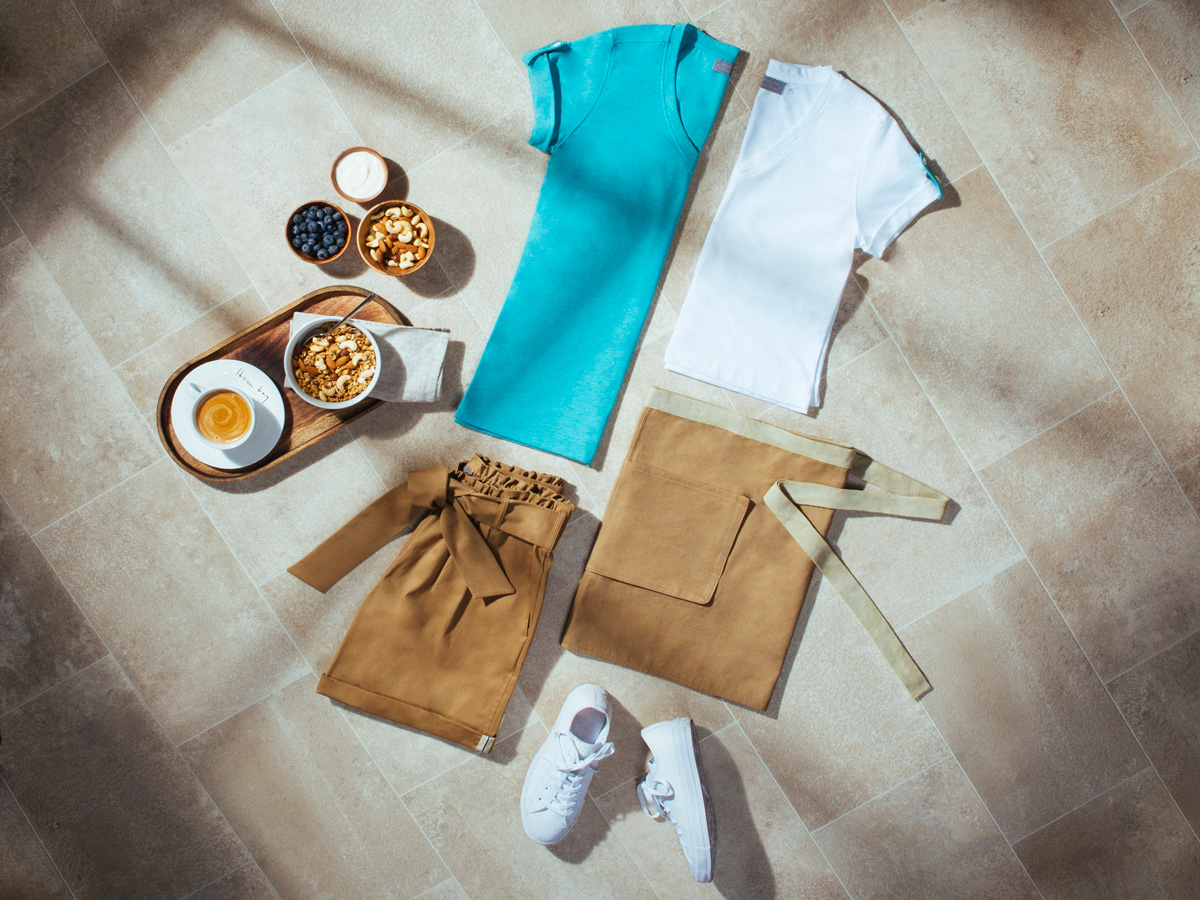 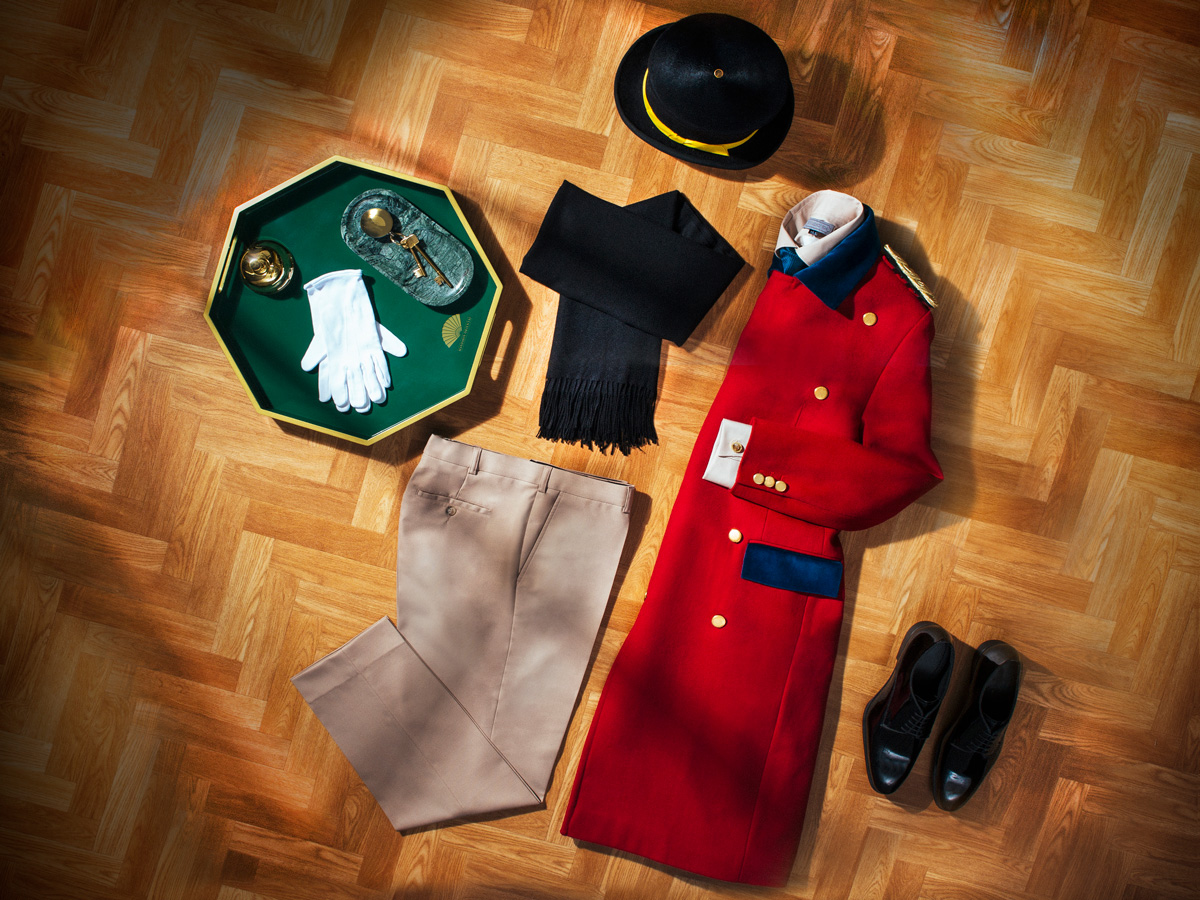