The Art of Menswear at V&A London

e recently visited the hotly anticipated show about menswear, past and present, at the brilliant Victoria & Albert museum in Knightsbridge, London. Sponsored by Gucci for obvious reasons with notes of peacockery and gender-neutrality, this show was a joy to walk around viewing how art from antiquity had influenced male dress throughout the ages and not just in the modern environment.

Split across three galleries under the titles ‘Undressed’, ‘Overdressed’ and Redressed’, each section combined heritage and contemporary menswear looks with a vast array of artworks across a variety of mediums - sculpture, painting, photography and video - giving key context to their influences and origins.

The show kicked off with references to the ‘Grand Tour’, an 18th century past-time for monied young British men in pursuit of a cultural awakening on the shores of Italy. These men often returned full of inspiration and artworks from the renaissance, where references to ancient Rome and Greece were a plenty. The ‘Undressed’ gallery showcased classical sculpture and how the male form figured greatly within 18th and early 19th century style. A good example is the naval uniform, seen below, which featured a dark cut away jacket combined with tight cream leggings to accentuate the male body shape.

Moving into space covering ‘Overdressed’, that focussed on the masculine wardrobe of the ‘elite’ through an exploration in colour and print. Lead pieces include the painting of Charles Coote - Earl of Bellomont - who is captured by artist Joshua Reynolds (1773-4) in his ceremonial robes of the Order of the Bath. This lavish look featured a voluptuous rose-coloured cape, baroque tassels and white ostrich feathers, a fantastic representation of the male peacock, which is still continued to this day. Gucci leads the charge of this contemporary flamboyance and ambiguity with their floral suits, supported by the many rising and established stars in fashion that include Harris Reed and Grace Wales Bonner along with Jonathan Anderson and Kim Jones.

The final gallery centred on the idea of ‘Redressed’, sparking a conversation on the language of the suit. In an exploration of the dominance of tailored sobriety in menswear, this section looked at those that have subverted and reimagined the look - notably Marlene Dietrich, wearing reshaped dinner jackets to arresting effect and Yves Saint Laurent, with the sensational Le Smoking jackets of the 60s. Since the 80s, subsequent generations have put their twist on crisp tailoring with Anju Modi combining the sari with a suit jacket and Comme de Garçons turning the shirt underneath into a ruffle-fronted robe.

What is exciting about the show is how relevant the themes are in today’s uniform clients, who are asking more and more regularly about gender neutral styles and in some cases greater drama in their menswear designs. The notion of being who you want to be and not living by a label in the workplace is evidently in full flow.

In the last 2 years we have worked on a number of relevant projects, from the big corporates who no longer want to have their uniform defined by gender labels, to luxury hotels who want to exist at the forefront of culture pushing freedom of style and diversity. Our soon to launch Chateau Denmark uniform collection sums this up perfectly, the client desired dramatic designs that challenged the notion of gender labels. The male team were offered a skirt and two styles of trousers, including a slim fit silhouette and a higher waisted kick flare, butinterestingly they all opted for the skirt!

Another project where the client made neutrality central to their designs, but for different reasons, was our successful Japan House London project. By approaching both male and female uniform with the same oversized neutral silhouette enabled the company to achieve bespoke quantities with such a small team.

Watch this space for the many Studio 104 projects launching over the coming months, that have used these central tenets as the core to their eventual uniform collections. In the meantime to discover more of Studio 104's bespoke projects head to our portfolio page. For Studio 104's detailed process, from uniform concept to manufacture and delivery, head to our process page. 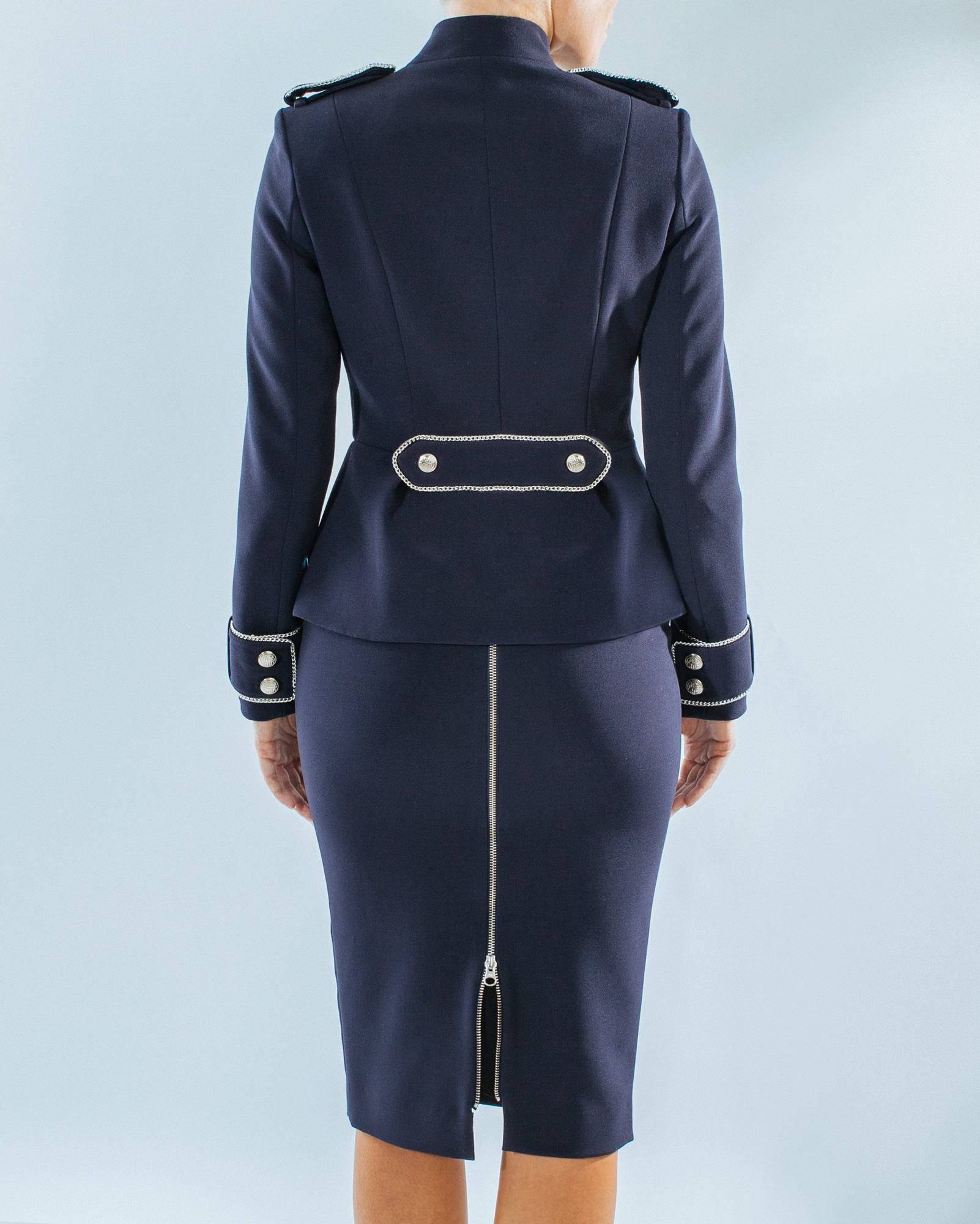 Client Fittings – The Final Stage of the Truly Bespoke Service

One of the most enjoyable parts of a bespoke uniform project is delivering and fitting the uniform on site. 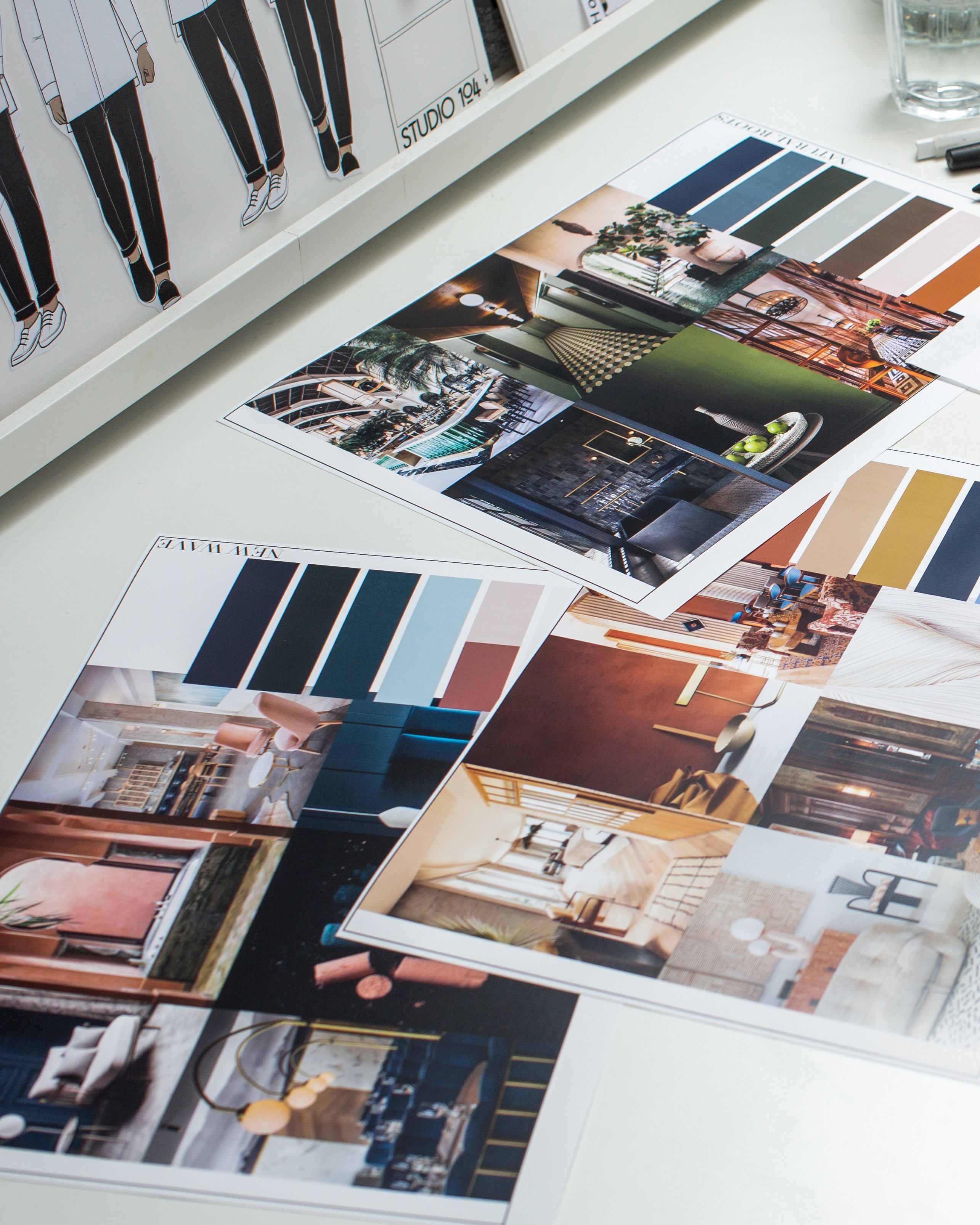 A unique insight into how the Studio 104 design team approach the research, colour and design attributes to develop a bespoke creative vision for inspiring new uniform. 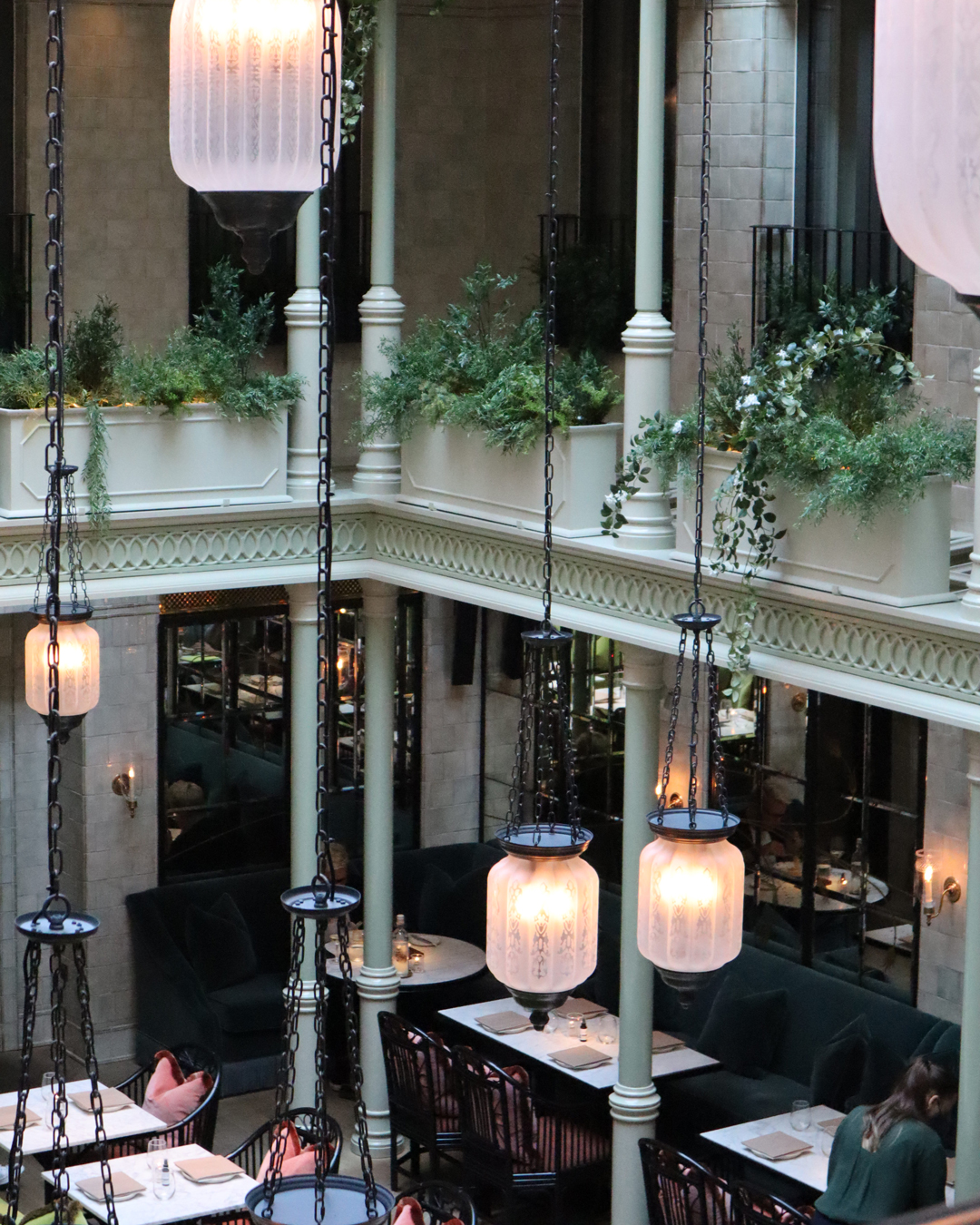 Nothing compares to viewing our bespoke uniforms in their natural settings.